This project reflects the influence of literature on handcrafted Native American beadwork bags. Looking at two main sources: 1. a beaded bag donated to the Yakima Valley Museum, and 2. on-line edition of "The Song of Hiawatha" written in 1855 by the American author Henry Wadsworth Longfellow (1807-1882). 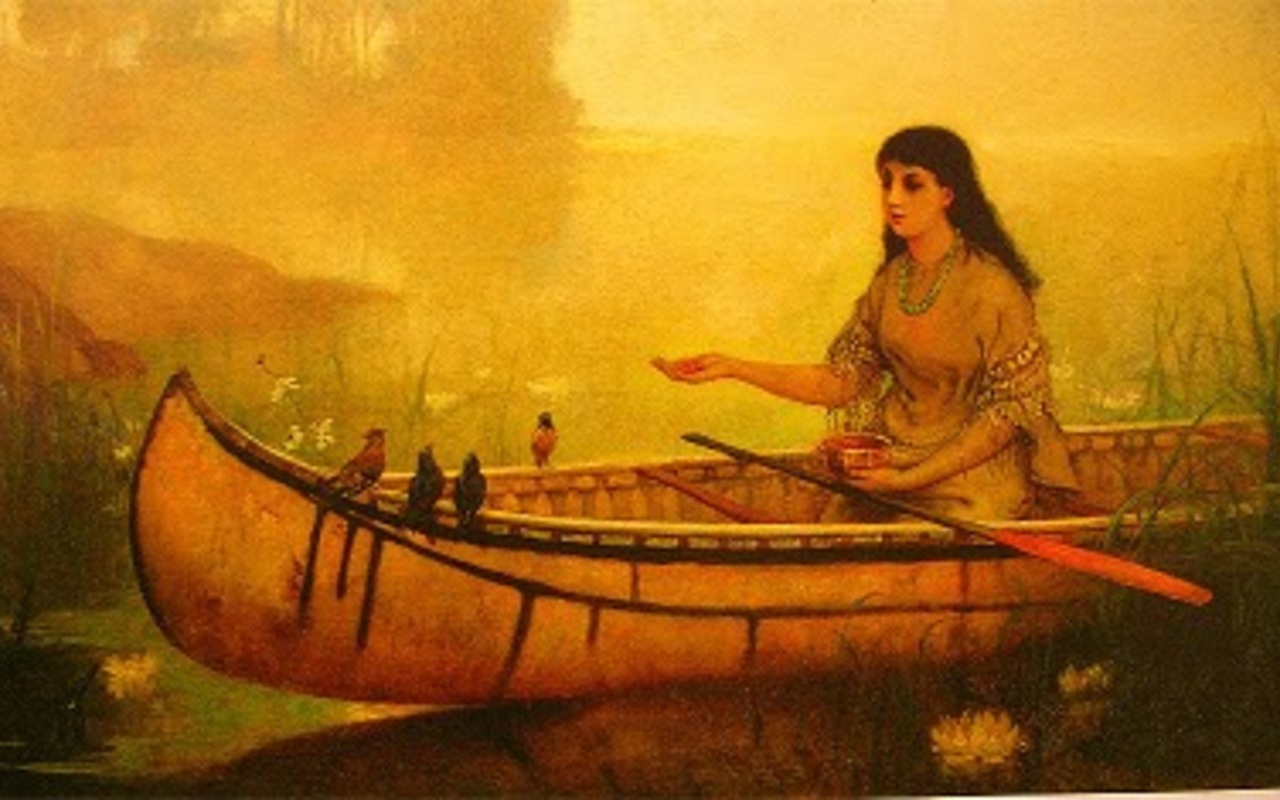 I'm working on a capstone for Costume Studies MFA program at NYU. The purpose of my research was to explore, examine and draw attention to a Native American hand-crafted fashion accessory known as the Plateau beaded bag. In the fall of 2021, I had a unique opportunity to conduct research out in Yakima, WA. While there, I collaborated with the Julia Stringfellow at the Central Washington University library, and Mike Siebol, the curator of collections at the Yakima Valley Museum. I also spent considerable time with Native American artisan, HollyAnna CougarTracks DeCoteau LittleBull.

My interest in Native American fashions came into direct contact with my pursuit of my library degree when I encountered the curious acquisition of a bag that referenced a poem. I became fascinated by the provenance of the object and its literary subject matter. The scenario is difficult because of the conflicts of American colonial systems of organization, and Native American cultural heritage.

More about the Bag

This bag was donated to the Yakima Valley Museum by Eleanor Ham Trust, and it had been purchased by Adeline P. Ham in December 1956. The provenance history for this bag states that the bag was made by the Ojibway Indians who lived on the shores of Lake Superior. The scene depicts a scene from Longfellow's poem, Hiawatha. By invitation, the family of Longfellow visited the tribe, and each member of the family was given a present by the Indians. This bag was given as a gift by the Ojibway Indians to one of Henry Wadsworth Longfellow's daughters, Mrs. Thorp. This was vouched for by Mrs. Richard Hall.

The bag measures 12 1/2" x 6 5/8", dated ca. 1900, and origin is Northern Woodlands: Ojibway. The materials listed are buckskin, beads, yarn, and metal snaps. The front panel features floral, animal, and bird designs done on a loom. There are additional four sections or drops located along the lower edge of the bag. Those drops have a fringe with three brass beads and red bead each strung together with red yarn. It has a buckskin strap hanger and metal snap closures at the top portion of the bag.

More about the Poem

This poem is a long poem written in Finnish Kalevala. It focuses on the story of Hiawatha, the Ojibwa Indian, and his many adventures before he marries and becomes the Chief of his people. Included with this text are references to Minnehaha Falls, Pipestone quarries, and more about the poet's life found on the Maine Historical Society website. Also, there will be photographs of a North American Indian beaded bag in the Yakima Valley Museum that once belonged to Henry Wadsworth Longfellow daughter. Readers will reflect and share a family favorite recipe that has been passed down and is part of their family traditions or gathering.

As you read, I recommend you use Manifold's annotation feature to interact with the poem. Given current politics, for instance, you might consider how this poem has entered the canon in contrast to the bags which are treated as artifacts in a museum. This bag, an art example from the Yakima people, is held as treasures, but is not even on permanent display.