Images and Impressions of Qing China: An Official Account of the Macartney Embassy (1792–1794)

This three-volume report, written by Sir George Staunton, chronicles the first official British embassy to China led by ambassador George Macartney. (Staunton served as the embassy’s secretary.) In September 1792, the British delegation, consisting of more than 90 members and a 600-person backup support team, departed Portsmouth for a three-year journey to China, with the hope of opening additional trading ports and introducing various British products to the Chinese market. The Qianlong Emperor’s rejection of every one of the embassy’s requests is considered the beginning of a new, more turbulent Sino-British relationship that culminated in the nineteenth-century Opium Wars.

After the embassy returned to Britain, eight members published accounts and journals, including Staunton’s official version. His account includes two quarto volumes of texts accompanied by engravings and a folio volume of plates. The first volume, two images from which are shown here, records the embassy’s journey from their departure into China via Pei-ho and thereafter to Tien-Sing, while the second volume continues the record, ending with a description of the Great Wall. The Fales Special Collections edition is an original copy from 1797. Despite the detached cover and first pages, its text and images are well preserved; the spotless and pristine state of the inner pages suggests that the volume had seldom been consulted before it arrived at Fales. The volume also consists of seven plates accompanying the text, and there is one full-page print of the Qianlong Emperor next to the title page (Fig. 1), portrayed in the same way that Macartney’s image appears in volume two. 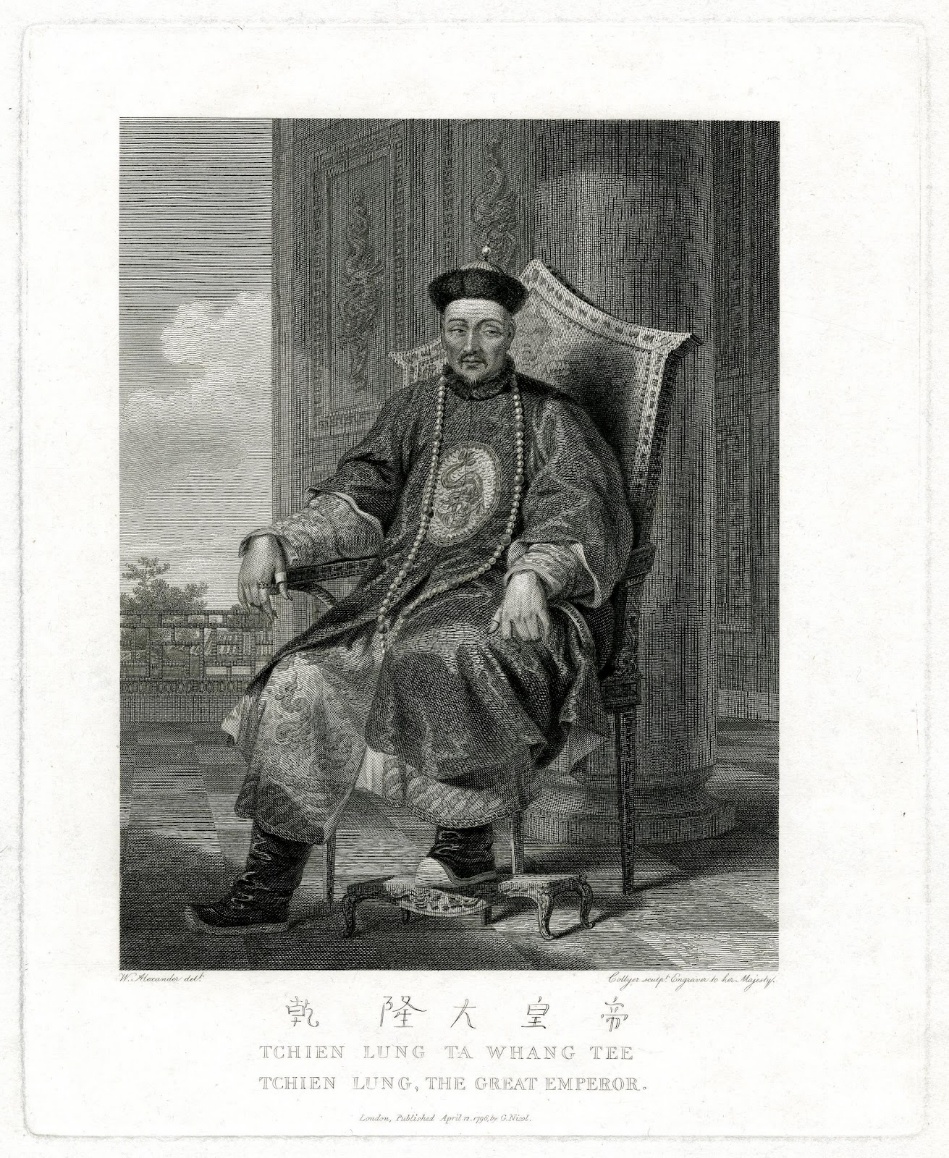 Fig 1. Joseph Collyer (after William Alexander), Tchien Lunt Ta Whang Tee, Tchien Lung The Great Emperor, from Sir George Staunton, An authentic account of an embassy from the King of Great Britain to the Emperor of China, vol. 1, frontispiece. Engraving on paper, 19.4 x 23.9 cm. British Museum, London. © The Trustees of the British Museum

To create his account, Staunton relied on Macartney’s journals, as well as his own observations and the notes of crew members. The engravings were all adapted from images by William Alexander, the embassy’s official draughtsman. The travelogue’s table of contents testifies to a curious and wide-ranging inquiry into Chinese customs. One practice that the delegation found particularly polemical was the binding of Chinese women’s feet. Staunton dedicated more than four pages to this phenomenon, not only observing that it was entrenched into the value system of Chinese women but also conjecturing about its origin and inquiring into the actual procedure, which “left the great toe in its natural position, forcibly to bend the others, and retain them under the foot, till at length they adhere to, as if buried in the sole, and can no more be separated (1:422).” 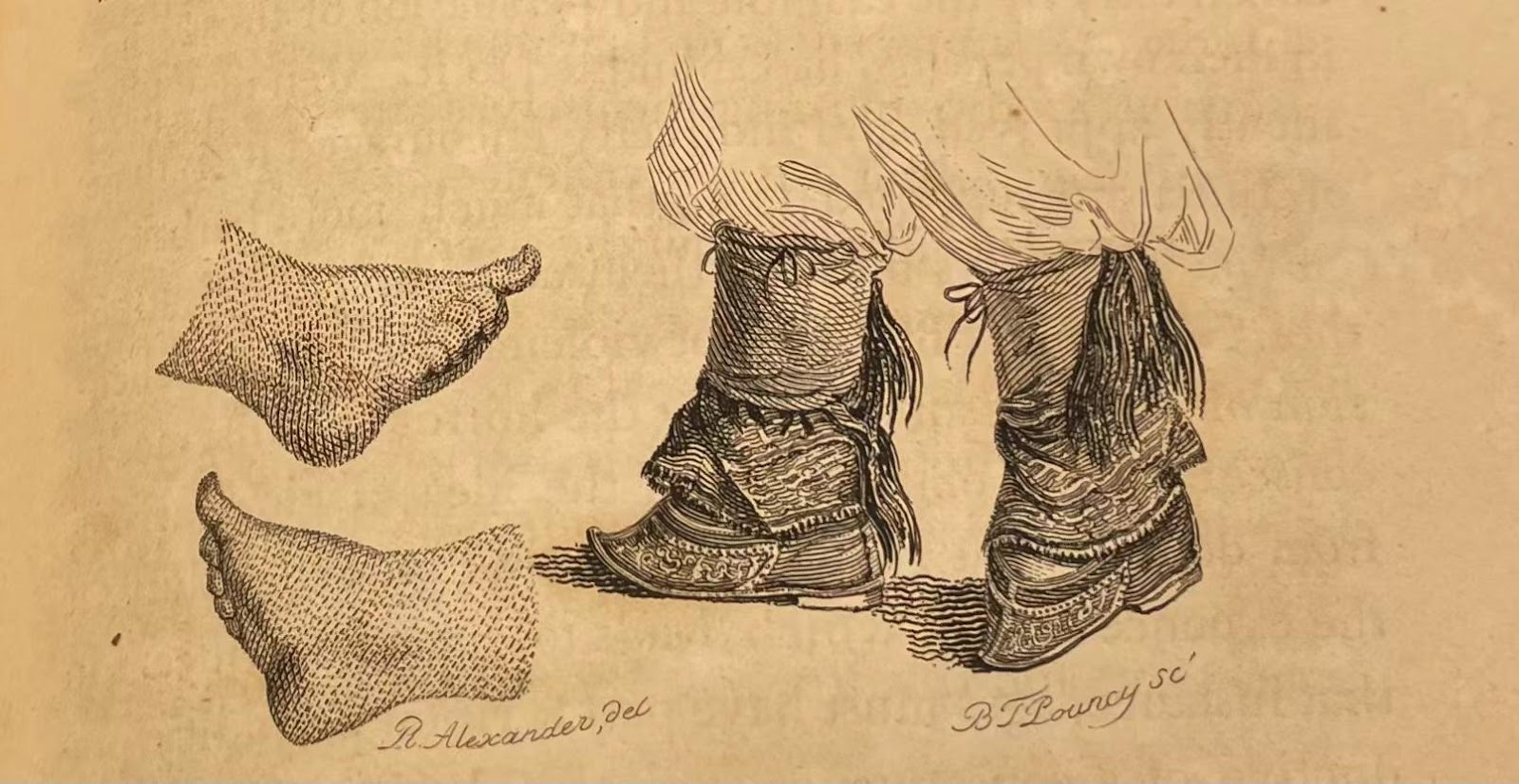 Fig 2. Plate VI, from Sir George Staunton, An authentic account of an embassy from the King of Great Britain to the Emperor of China, vol. 1, 423: “The feet and ankles of a Chinese lady, dressed with the bandages and shoes, such as are in general worn; and also the feet undressed, to shew the manner of bending all the toes, except the great one, under the sole of the foot.” Photo by author

The embassy went to great lengths to procure an image of a woman’s bound feet for one the seven engravings in the first volume (Fig. 2). Including such an image testifies to the British delegation’s great curiosity and shock in the face of such a practice. Although the account betrays attitudes of condemnation by using words and phrases such as “truncated,” “bandaged like the stump of an amputated limb,” “torment,” “cripple,” and “preposterous,” it also tries to contextualize the behavior by comparing it to the wearing of corsets in England: “They who recollect the fashion of slender waists of England, and what pains were taken, the sufferings endured, to excel in that particular, will be somewhat less surprised at extraordinary efforts made in other instances (1:425).” By evoking a comparable (if outmoded) British behavior, the delegation refrained from dismissing the Chinese custom as a manifestation of the “other’s” monstrous or barbaric character, but rather attempted at least in part to relate it to something closer to home.

The same restraint did not extend into the nineteenth century, nor did the British public exercise it when considering these accounts. As Yushu Chen states, “A negative attitude to China is the most emotional product that the Embassy disseminated to British society and its ruling class.” Chen’s argument is in line with the general perception that Macartney’s embassy contributed to the demystification and vilification of Chinese people in Britain during the late eighteenth and nineteenth centuries. Evidence such as bound female feet played a key role in creating these negative reflections. It’s also worth noting that other, more neutral commentaries appearing in these accounts were later interpreted in a much more vehement and disparaging light.